According to Wikipedia, a water ionizer “is a home appliance which claims to raise the pH of drinking water via ionization; in order to achieve a variety of health benefits. Such claims contradict laws of chemistry and physiologyand are unfounded”. Wikipedia makes that claim based on claims made by retired professor Stephen Lower on his chem1 website.

Wikipedia describes the operation of a water ionizer as: “the machines are designed to work as water electrolysers. This is an electrochemical process in which water is split to form hydrogen and oxygen by an electric current“

Stephen Lower claims that water ionizers can’t work because “pure water can’t be ionized.” But what Lower fails to mention is that there is no such thing as pure water in nature.  The water coming out of your tap has minerals in it. In fact, if your water supply lacked minerals – as it does in some east coast cities – your local water authority would add slaked lime – calcium carbonate – to your water. 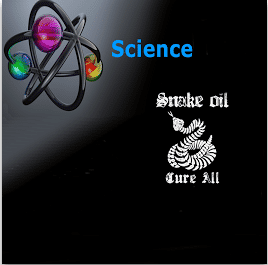 Join the alkaline water debate at Science or Snake oil, a Google+ community

In all honesty, it’s easy to see why Stephen Lower and Brian Dunning dismiss water ionizers. The way most companies describe water ionizers is completely false. Companies such as Enagic Kangen, Tyent, Chanson, Balwell and others make the following false claims:

Microclustering You’ll frequently see Enagic Kangen marketers and others claim that  alkaline water hydrates because it is broken down into small  “clusters” of 6 – 8 molecules . They claim that regular water is harder to absorb because it contain larger “clusters” of water molecules.

The Facts: In liquid form, water molecules may cluster together – but only for trillionths of a second – but then they immediately break apart. No scientist has ever observed this process however, so it’s a theory. All of the microclustering claims you see made for alkaline water are loosely based on that theory, but none of them tell you that those clusters form and break up so fast that nobody can actually be sure they even exist! Bottom line, water clusters don’t have any effect on your health.

Disease cure? Time for a reality check.  There are over 40 studies that document health benefits from drinking alkaline water, but nearly all of those studies are preliminary: This means that the study findings – while they are very promising – need to be confirmed by additional research before you can legally claim that alkaline water cures any disease.

Fact: Studies showing health benefits for alkaline water are promising, but preliminary. They need to be confirmed by additional research.

Confused about what a water ionizer really does? Call us at 877-959-7977 with your questions. It’s your health, get the facts.